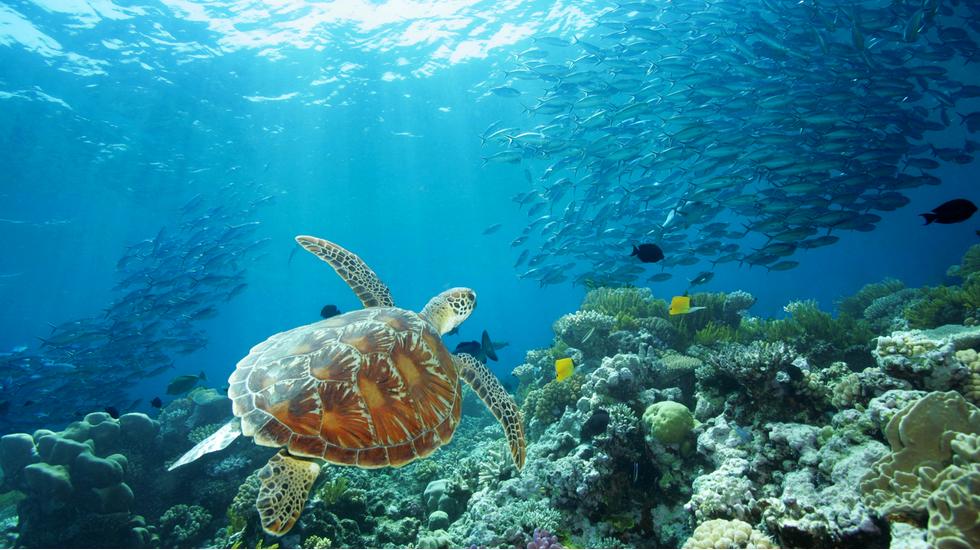 The The last time I found myself in Queensland, Australia I worked on a banana farm. I, like many others, had been seduced by the promise of a healthier bank balance, affordable accommodation and a backpacker's holy grail: a second year Australian visa.

No one had thought to mention that I'd wrestle snakes, tarantulas and toads in an attempt to salvage bunches of bananas from troughs of muddied water, or that so little entertainment could be found in Tully (population 2,390). I'd avidly wait until Friday night when I'd gather with fellow farm workers in the hostel kitchen and pass round a bag of Goon - a $5 imitation wine that tasted like sour kiwis and caused your throat to burn in protest.

The work was backbreaking and I was so bad at sorting my good bananas from my bad that I got sacked. Three times. On my fourth (and final) farm I was asked if I would like to help with the irrigation. Tully was the wettest town in Australia and I was armed with nothing but a watering can - the irony was not lost on me.

Once I completed my required 83 days of agricultural work I hung up my gumboots and presumed I'd never visit the Sunshine State again, too traumatised by the menacing wildlife and my lack of farming capabilities. I'd never classed myself as "outdoorsy" - even as a child I'd rather practice the dance routine to Wannabe than build a treehouse, and god forbid if I lost one of my Barbie shoes in the process of practising cartwheels. I did, however, always try.

When I was invited to explore tropical north Queensland for the second time (farm work not obligatory) I thought I'd at least try to get on board with the Australian spirit of adventure. After all, this is the nation from which a 16-year-old girl sailed into the Guinness World Record Books as the first female to sail solo and unassisted around the world. If Jessica Watson could spend 210 days alone at sea aged 16, then I could spend ten days in the tropics aged 26.

Almost seven times the size of Great Britain, home to five of Australia's listed heritage sites and over 200 national parks, Queensland supports thousands of ecosystems spanning from the steamy rainforest that tumbles into the kaleidoscopic reef to the swathes of cricket-white sands that tickle the rugged coastline. Mirror-still waters beckon you to dive in, wooden boardwalks criss-cross through luscious jungle canopy, Skittle-coloured fish dart in and out of UV coral and temperatures rarely dip below 25℃.

For the days you don't fancy slipping into this season's hottest wetsuit, there's nearly 7,000km of palm-dotted, pristine sands to rest (read: flop) on. If you're going to embark on a wholesome Australian adventure there's far worse places you could pick. Unlike bona fide explorers we started our escapade in the same place as many others before us, the gateway to the Great Barrier Reef: Cairns.

I missed out on exploring Queensland's most visited attraction during my fleeting career as Farmer Fleur, so I was more than happy to slip on a snorkel and dive into the deep blue - especially since I'd spent plenty of Sundays snoozing to David Attenborough's soothing tones urging us to see and save the great reef. Pulling my rattan beach bag on my shoulder (equipped with flippers so new that they still had the price tag on the bottom), I boarded the Sunlover catamaran and set off for Moore Reef, 26 miles off of the coast of Cairns.

Pablo, the onboard marine biologist, brought me up to speed with a barrage of facts. You'll often find in Australia that you underestimate the size of things whether that's a Huntsman's Spider (roughly the size of your palm), a flying cockroach (the size of a small robin but with the attitude of a chip-stealing seagull) or Sydney (four times the size of Barcelona). The reef is no exception. Spreading 348,700km² - the size of Italy - it's the largest living thing on Earth and visible from space. It consists of nine islands and some 2,900 reefs - and some 2,000km of it can be found in Queensland.

The marine fleet that ferries tourists from the mainland to the reef is the largest in Australia, clocking up over one million passengers a year. I did not fancy sharing the reef with that many other people. Call me spoilt, but if I was going to foray into this new and exciting underworld I wanted it to be without having a loose go-pro float pass by me every thirty seconds. Thankfully, Starlight by Sunlover caters for those wanting to spend quality time with the reef's 1,500 species. Once the "day-trippers" had had their fill of diving, dunking and snorkelling they would depart, leaving my group of eight voluntarily marooned in the Pacific Ocean. Then it was our turn to venture beneath the waves.

All the Attenborough documentaries on iPlayer can't prepare you for your first glimpse of this underwater utopia. Humphead Maori wrasse fish brush your shoulders, boisterous trevally barge past with such pace that your goggles steam up, and angelfish rival Joseph's technicolour dream coat with their changing hues. Clusters of giant clams resemble a symphony orchestra as they elegantly open and close, playful clownfish dart in and out of anemone and baby whitetip sharks circle the reef on patrol. I saw spotted coral, striking yellow coral, striped coral and coral so translucent it was as if looking at an X-ray.

I quickly realised I had just witnessed the effects of global warming first hand and it was terrifying. Coral bleaching is a direct result of climate change, and not just because the seas are heating up. Increasing cyclones ravage the reef, battering, bruising and breaking its already fragile ecosystems. Agricultural fertilisers are being washed into the ecosystem causing crown-of-thorns starfish to hit plague proportions. They may look pretty, but they are actually vermin to the ocean when they reach unmanageable numbers. Theses so-called rats of the sea devour coral the size of their body every day.

The reef desperately needs our help. Surfers have been wearing coral-friendly suncream for years and we should too (try Stream2Seas). Staying aboard Starlight by Sunlovers you're forbidden from using anything but its rigorously tested, reef-approved products including everything from aftersun to shampoo. Every ticket to the reef includes a Marine Park Authority charge, which goes towards supporting conservation programmes. Of course, it goes without saying that reducing our plastic use would help immensely. I made a mental note to reboot the recycling rota in my house when I got home.

For the first time in my adult life my skin care regime went out the window. I was too engrossed swapping snorkelling stories beneath the starlit sky and comparing notes on who saw what and where, and what we were hoping to discover tomorrow. I had my sights set on swimming with a turtle or two. As I buried into my swag - a deluxe version of the trusted sleeping bag that zips all the way over your head to protect you from the elements - I realised this explorer lark wasn't all too bad.

This newfound wisdom was cemented as I awoke to a sunrise that displayed all the colours of a fairground; candyfloss pinks fused with clown-nose reds and the gold of popcorn morsels. Everyone rose naturally and we suited up quickly when we realised we'd have a whole five hours to relish before we were joined by anyone else.

I may not have discovered a new country or broken a world record, but traversing Queensland's underwater gem had awoken a side of me that wasn't so scared (or shallow). The rest of my group glowed differently too. Jon, one of our eldest members, hadn't been able to swim up until a few months ago and was now diving in and out with all the grace, poise and confidence as an Olympic synchronised swimmer; Alex had faced her fears and completed her first open-water scuba dive despite swearing she'd never have the nerve, and Kiera hadn't even flinched when a reef squid whipped at her heels beside the pontoon. Previously she'd refused to dip her toes in at Brighton Beach for fear of fishy feet-nibblers. And I hadn't brushed my hair for ten days. If only I'd have possessed this new outdoorsy spirit on the banana farm, I might not have got sacked so many times.