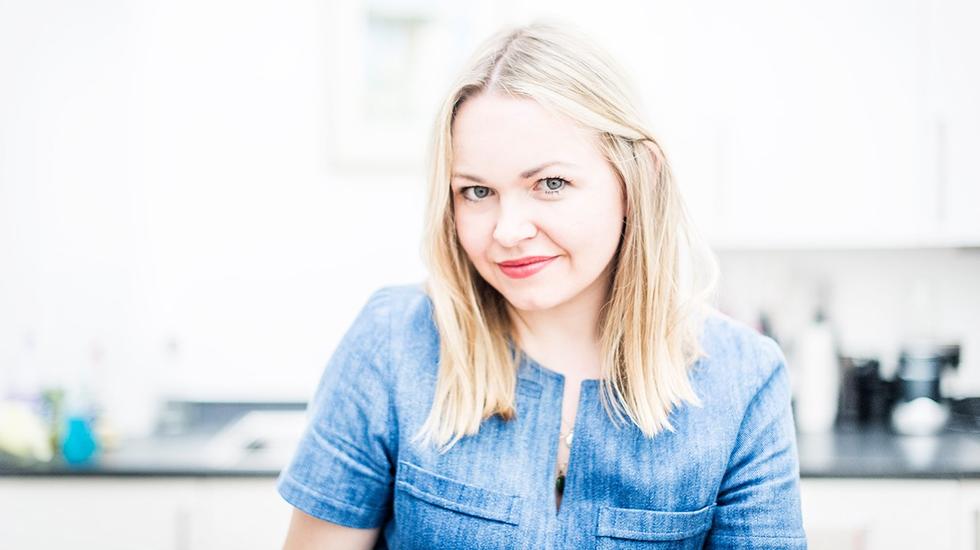 Rosie Rosie Birkett's seasonal recipes frequently grace the pages of Olive magazine, The Sunday Times and The Guardian. Having co-written Alain Ducasse's foodie guide to London, J'Aime London, collaborated on dinners with renowned chefs such as James Lowe and José Pizarro and turned her blog into an award-winning cookbook, A Lot On Her Plate, we often turn to Rosie for cooking inspiration.

She recently moved to Hackney, quickly s familiarising herself with the eclectic gastronomies that make the East London food scene one of the most innovative and diverse in the capital and bring out her second book, East London Food. Sidestepping the hipster stereotype, she lifts the lid on under-the-radar dinner parties and where we should be eating right now.

Who are some of people behind food in East London that we should know about?

Ed Wilson, the chef behind Brawn on Columbia Road who sources the most incredible ingredients for his small plates; James Lowe, of Lyle's London, whose British tasting menus are delicious and thought-provoking, and his brilliant pastry chef, Anna, who is definitely one to watch. Freddie Jansen who also works at Lyle's has started a really fun venture called Snackbar with tasty, internationally inflected plates which is popping up at Legs at the moment - he's set to launch its own space soon.

You should also all meet my friend John the Poacher, he's a forager who roams Hackney and Walthamstow's marshes sourcing wild ingredients for food businesses and restaurants. I grew up foraging for wild mushrooms and cobnuts in Kent so we really hit it off and he has taught me a lot about what's growing in my neighbourhood. He does fantastic foraging walks.

Which is your favourite breakfast spot?

I adore Dishoom Shoreditch - the bacon naan is unbeatable. But also love a fry-up at E Pellicci in Bethnal Green - a proper old-school East End caff that's been run by the same family since 1900.

Where would you head for a weekday meeting?

The Good Egg in Stoke Newington does the most incredible chocolate babka and an aubergine pitta which is out of this world.

Or for a boozy lunch with friends?

Rochelle Canteen. It's so secluded, set in an old Victorian school yard with really gorgeous, simple, seasonal menus that hit the spot every single time.

What's the best-kept secret on the East London food scene?

P Franco in Clapton. It's a wine shop in an old Chinese takeaway which has a revolving line up of really incredible chefs from all over the world, many of whom have worked in some top, top restaurants. They come and cook at the end of theis big table which everyone sits around and drinks delicious natural wine with small plates of inexpensive gastronomic food. My friend/collaborator Helen Cathcart and I joke about the P Franco "worm hole" - the wine is so amazing and the service so friendly and personal that you end up losing entire nights in there. So much fun.

If East London was a dish then what would it be?

It's more like an all-you-can-eat buffet than a single dish because it's a total feast, and there is something to suit every taste.

Where would you go for an afternoon sugar hit?

We are totally spoiled for bakers in East London. Lilly Vanilli on Columbia Road or Violet Bakery on Wilton Way never disappoint.

For a romantic dinner?

Lyles. The staff are such a crack team. They really look after you and the food is totally knock-out. Tasty, but also fiercely British and unusual enough to be genuinely interesting.

For a catch-up with friends?

The Towpath Café, which is only open during the summer months, is a tiny canal-side spot where the food is everything I want to eat - simple, seasonal and soulful. We clamour for lunches here as soon as it opens.

The Chesham Arms in Homerton by a mile. It's a proper pub, doesn't serve food and has board games and wood burners. We love spending cosy afternoons there in winter and they even have impromptu carol services at Christmas which are the best fun.

It would need to be a Sunday so it could start with coffee and croissants at Pavillion Bakery and a stroll down Columbia Road market to pick up some flowers, then we'd head to the Marksman for one of their beef and barley buns and a swift one. We'd wander down to Broadway Market for an oyster or four at Fin and Flounder (they do the most amazing selection outside), then head to E5 Bakehouse to pick up the Hackney Wild sourdough we love and have one of their amazing sandwiches. Then we'd jump on the bus and head up to Clapton for wine and small plates at P Franco before walking across the marshes to let the dog stretch his legs. We'll probably end up at home, inviting some mates to crack into the wine we've bought from P Franco, and I'll cook something. Then we'll no doubt end up having a disco in the kitchen.